A network is only as good as the people who run it and do the needed stuff & provide support.  These people are the volunteers who make Hamshack Hotline possible, without their contribution of time and effort, HH would not be what it is today. 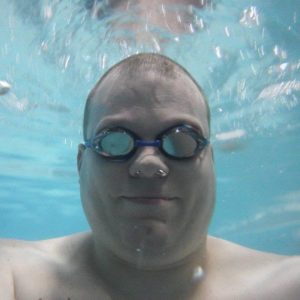 John is a General Class Ham who enjoys many modes; HF (80 Meters, 3922KHz), and DMR (BM TG Hamshack Hotline 3190778).  John had a vision for a voip network dedicated to hams, that would not replace radio, but add to the hamshack communication arsenal.  John also is affluent in managed networks, industrial control systems automation, IoT (Internet of Things), Linux, Embedded Systems, Astronomy, and electronic countermeasures, surveillance, and cybersecurity.  Someday soon, John will pursue his Extra class license.  In his spare time, John enjoys his family, friends, camping, and developing unique solutions to everyday problems, to make life more pleasant.  Swimming and biking are John’s favorite forms of exercise.  John works full time as a Devops/Linux Engineer for a global company.  For Hamshack Hotline, John does research, engineering, QA testing, administration, training, & troubleshooting operations on the back end of the network. 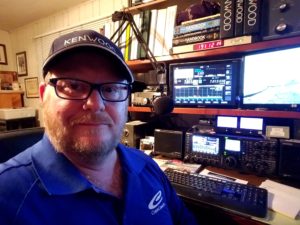 Dave is an Extra Class Ham who has been a licensed ham since April 1997.  He has lots of fun with all the Bands and Modes, also Enjoys Contesting and working DX.  Dave is a 22 year Retired Navy Veteran who moved to RI in 2001, where his wife Sharon KB1MAG is from.  He worked as an IT for a Newspaper Company dealing with everything from my Coffee cup holder does not work to major printing policies and procedures for the Newspaper.  After almost 6 years of that he went to Sprint and worked as a Nextel/CDMA Field Technician then got spun off into Clearwire and helped build out the Boston network. Did some contract work with Goodman Networks installing Fiber into T-Mobile sites, but now Dave work for a Motorola Shop getting paid to play radio all day.  For Hamshack Hotline he helps with administration and support.

In David’s own words:  “I am a big supporter of the Hamshack Hotline, when John asked if I would like to help out as an admin, I jumped at the opportunity. This is a great system!!!!! I am proud to be part of the team.” 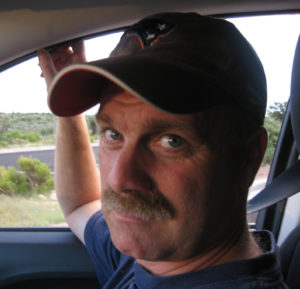 Ken is a General Class Ham, a married father of two college age sons & a 30 year paramedic who has a passion for EMS & is an active EMS Educator.  Ken is active on many modes, to include, but not limited to; HF, D-Star, DMR, 900MHz, and has passed a 13WPM code test upon becoming a General.  Ken is also the trustee of the North Providence KA1EZH repeater in North Providence Rhode Island.  Radio communications and propagation have always fascinated Ken, who as a youth would listen to AM broadcast DX as far away as Chicago.   As an EMS Educator, Ken is adjunct faculty at Bunker Hill Community College in Chelsea, MA and provides courses in EMS to aspiring paramedics.

In Ken’s own words:
“When John K1WIZ came up with the idea of the Ham Shack Hotline, I was thinking a phone why would we want or need that? Then I started thinking with my public service hat on, and not my amateur radio hat on. In public service we use the Incident Command System. In a disaster, there can be many layers of command. I think of how useful it would be if we had a reliable off line form of communications. Many times in a disaster or large scale event there is a need to have administrative, and managerial decisions made before dispatching or directing those in the field.

I hope that together we can make Ham Shack Hotline become a useful tool to assist with our emergency communications.” 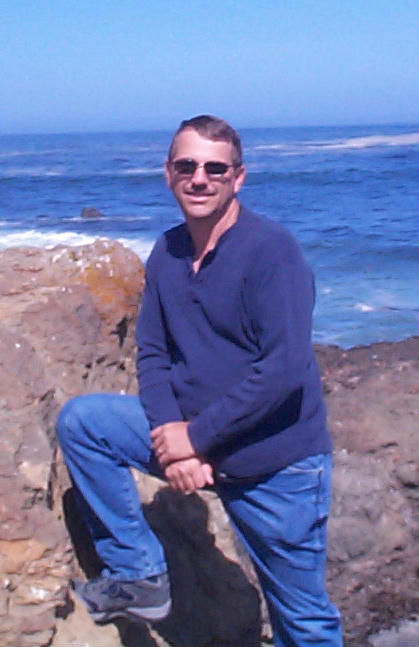 Bill is a General Class Ham who has been licensed since April 2000. He is a former volunteer firefighter captain and former volunteer police officer. He has worked in government since the age of sixteen and has been employed by city, county, state, and federal agencies in both volunteer and paid positions. With an interest in emergency communications and computer networking he became FEMA certified in emergency management and put his skills to work in his community serving as a Deputy Chief for the Communications Reserve Unit of the California Governor’s Office of Emergency Service. That role includes supplying emergency communications equipment to major incidents in the state, including portable repeaters, radio caches, VOIP and internet via satellite, cell phones, satellite phones, manpower, logistical support, and drafting polices and procedures for the department. Bill and his wife Debi, KG6JFP, love snowmobiling, canoeing, rescuing dogs, chatting with hams from around the world, and listening to the sound of rain at night. 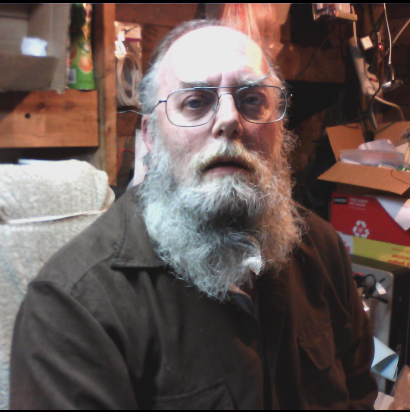 Although I was first licensed as a ham in 1990, I ‘ve been playing with radio since 1977, when I was officially licensed for CB Radio with KYU-4599. Over the interim, I had volunteered with REACT, worked many a “coffee break” and knew many of the hams in central NC. Unfortunately, in those days, a ham radio couldn’t be anywhere near a computer because of the RFI, so my advancement in RF was diminished due to a strong interest in computers! In 1992, I help design the Triad Carolina Skywarn Net, and was named an OBS (Official Bulletin Station) for the NC Section. I also coordinated the “76 News and Information Net”, a Sunday night net that cataloged every club meeting, test session, Net, and any other amateur radio activity in the area for the next week. I played with Packet, APRS, built a few home brew antennas, participated in the NTS, and was very active in ARES and Skywarn, providing shelter communications during winter ice storms, serving a two-week stint as full time Amateur communications for the Red Cross response for Hurricane Fran, and spending Dec 31, 1999 in Winston-Salem’s EOC in preperation for the momentous Y2K (non) event (I’ve got a wonderful picture of all the EOC staff, with their laptops, most showing Solitare on the screen!). In 2001, I was named EC for Forsyth County, NC; where I coordinated communicatrion coverage for bike races, marathons, and many other charity events. Moving to New England in 2002, I became involved in the VOIP Hurricane nets via Echolink, participated in a disaster drill in Sharon, MA; and help run a net out of the state EOC in Framingham (“The Bunker”) during the Democratic National Convention. Moving to New Hampshire, I became involved with D-star, and more recently DMR and the Openspot. The Hamshack Hotline project attracted me, and I created and maintain the map for the group, and assist in documentation and helpdesk functions. 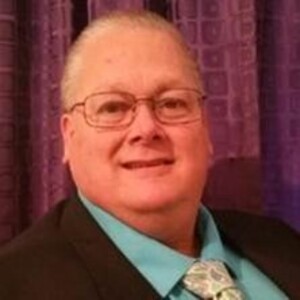 Richard is an Extra Class Ham who became interested in Amateur Radio while living in the Philippines, at Clark AFB from 1973-1975.  While living overseas, the Department of Defense (DOD) schools offered programs to students at various locations on the base.  His interest in electronics helped him to choose the Military Affiliate Radio Station (MARS), callsign AIA4CL.  During his many hours over the two years, he helped connect families through phone patch calls back to the U.S. using a Collins KWM2A.  Upon returning to the states he graduated high school in 1977 and entered the delayed enlistment program of the U.S. Air Force.  Dover AFB, Delaware was his first assignment after basic and technical training.  Around January 1980 he passed his Novice ticket and quickly progressed through the then five classes of exams prior to the NO CODE taking effect.  Besides his 8 year Air Force career, he has worked as a City Police Dispatcher, YMCA Senior Program Director, American Red Cross Health and Safety Director, Walt Disney World Photographer and Maintenance Manager for a privately owned hotel to name a few.   His personal interests were vast and consisted of Camping, Fishing, Hunting, Photography, SCUBA diving, and flying Single Engine Land aircraft.  Recently, medical limitations have slowed his role to Amateur Radio only where he is a Net Control Station for two different nets.  His latest interest has him learning and working with DMR, Code plugs, and the HamShack Hotline.   He currently resides in Upstate South Carolina with his lovely wife Sally (KA4JCA), Ashley (KA4ACL) and their three dogs.  Abbey Jean is a 6-year-old Golden Retriever he trained for his service dog, Coko Puff is a 6-year-old Chocolate Labrador and Wrench is a 3-year-old Goldador breed between Abbey and Coko.  His oldest daughter Anmarie (W3AKB) resides up north.

In my own words “I am a Jack of all trades and a Master of None”. 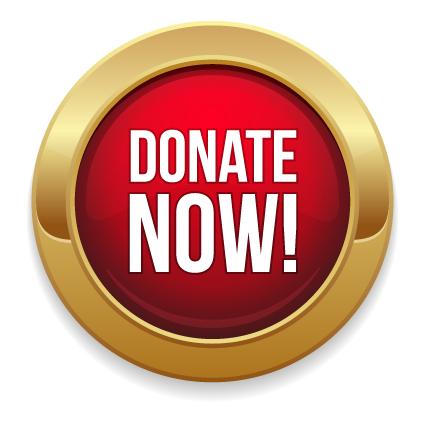